1One day Peter and John were going up to the temple at the time of prayer—at three in the afternoon. 2Now a man who was lame from birth was being carried to the temple gate called Beautiful, where he was put every day to beg from those going into the temple courts. 3When he saw Peter and John about to enter, he asked them for money. 4Peter looked straight at him, as did John. Then Peter said, “Look at us!” 5So the man gave them his attention, expecting to get something from them.

6Then Peter said, “Silver or gold I do not have, but what I do have I give you. In the name of Jesus Christ of Nazareth, walk.” 7Taking him by the right hand, he helped him up, and instantly the man’s feet and ankles became strong. 8He jumped to his feet and began to walk. Then he went with them into the temple courts, walking and jumping, and praising God. 9When all the people saw him walking and praising God, 10they recognized him as the same man who used to sit begging at the temple gate called Beautiful, and they were filled with wonder and amazement at what had happened to him

Discuss together and then use the worksheets below. 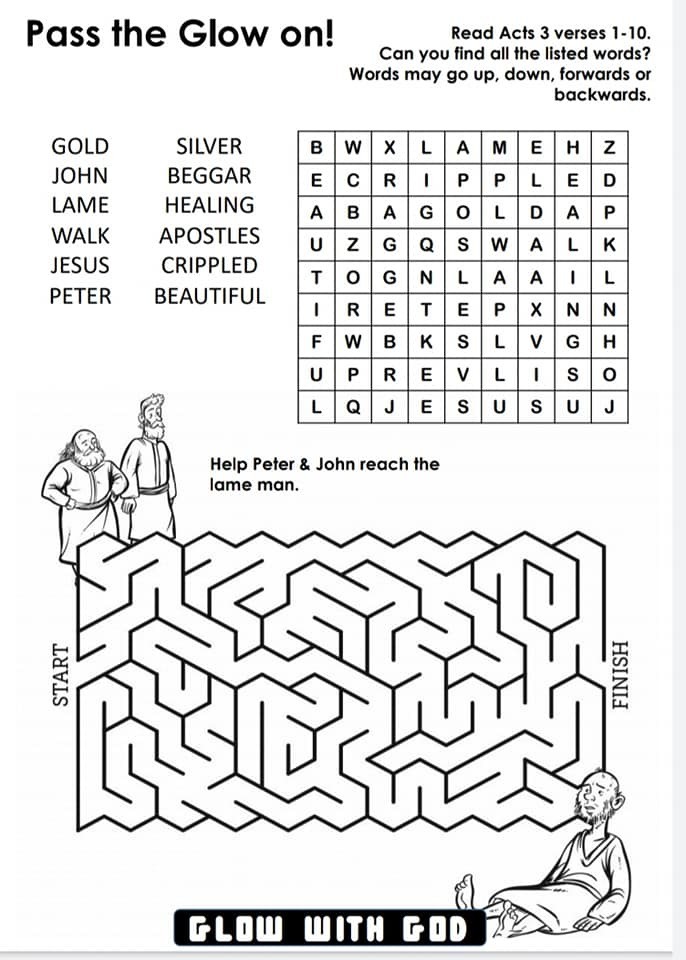