I have been Vicar here at St Francis since 2010 and ordained since 2002. I have a passion for creating communities and making sure that the church provides an opportunity for all to encounter God and fellowship.

I work closely with the Assistant Curate and the Children and  Families' Worker and we are always keen to meet new people. Do make yourself known if you are new or have any questions.

If you want to email me - you can do so on vicar@stfranciswgc.org.uk 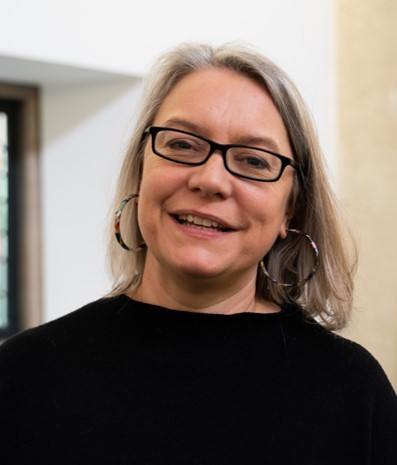 Hello! I am Rachel Wakefield and I am delighted to be able to serve my curacy (when I can finally be ordained!) with you in the Parish of St Francis. I am married to Martin and we have two children, Phoebe and Benjamin. Martin is a handyman, while Phoebe and Ben are at Sir John Lawes School in Harpenden in Years 12 and 8. Phoebe was a chorister at St Albans Cathedral and now studies voice and conducting at Junior Guildhall, alongside her A-Levels. Ben loves cars and guitars! Ben and Martin also sing in the St Nicholas church choir in Harpenden where we have been since 2005. We also have a cat called Roger.

I was born in Cornwall where my Dad was a Methodist Minister, so we moved around a lot. My Mum still lives near Newquay and my younger sister is a vicar in the Ely Diocese.

I worked for the BBC (News and Sport) for nearly 20 years until my job moved to Salford, at which point I decided to try something new and switched to instrumental teaching (my degree was in music and drama). My main instruments are bassoon and flute, but I also taught theory, piano and clarinet. At one stage I had 75 pupils a week but missed the buzz and teamwork of the communications world, so I began freelancing as a communications consultant around five years ago. I have worked for various festivals, Thy Kingdom Come, The Methodist Church, Reaching New People, and for almost five years was the Communications Manager for Greenbelt Festival.

I was licensed as a Lay Reader in 2014, but despite my determination that was what God had called me to, it seems there were other plans. Two years ago I began my ordination training at St Mellitus London (part time while working) and, well, here I am!

I really look forward to meeting you all and journeying with you in these unusual times. God Bless. Rachel